The Relation Between Obesity and Diabetes

Studies have proven that obesity and diabetes have a direct link.
Obesity is the most important risk factor for type 2 diabetes.
Did you know that overweight people, those with a BMI (body mass index) over 40 are seven times more likely than normal-weight people to develop type 2 diabetes?
Studies have shown that both weight loss and exercise help improve the health of diabetic patients that are overweight.
Doctors use methods to treat this combination of obesity and diabetes that have proven to help. Several of these treatment methods include dietary therapy, physical therapy, behavior therapy, pharmacotherapy, and weight loss surgery.

You can avoid all of these from your kids if you will teach them to have correct eating habits in their youth. Visit Easy healthy recipes for kids.com and get guidance about eating right for your kids. 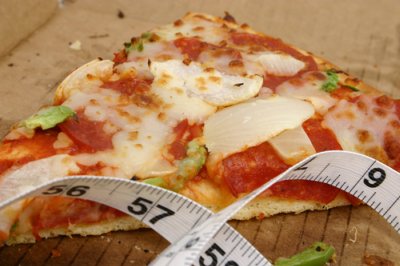 Dietary therapy plays an integral role in treating obesity and diabetes.
This method is a low calorie diet.
It is recommended for weight loss that fat patients cut 500-1000 calories from their diet per day.
Statistics has shown that as high overweight has become more common in the United States, so has type 2 diabetes.
In 1991, 12% of Americans had overweight and 5% had diabetes.
By 2001, nearly 21% of Americans had overweight and 8% had diabetes.
The reason why becoming fatter increases the risk of type 2 diabetes is not clearly understood, but several possible explanations exist.
If we examine the food consumption of a normal weight person and an overweight person we can see that weight gaining forces the pancreas to work harder and produce more insulin. The pancreas of the normal-weight person might put out 30 units of insulin a day.
The pancreas of the overweight person will have to work harder. Those same 30 units are no longer sufficient to clear glucose from the bloodstream, and more insulin is required.
The pancreas starts to produce more insulin to keep up with the increased demand, but not everyone’s pancreas can handle the extra workload.
Type 2 diabetes results when the pancreas cannot produce enough insulin to control blood glucose levels.
Having a high BMI, a measure of body fat based on both height and weight, increases the risk of having diabetes. People with a BMI of 25 to 29.9 are considered overweight, and those with a BMI of 30 or above are considered obese.
Although most people with type 2 diabetes (80%) are fat, most fat people don’t have diabetes, so other factors clearly are at work.
Most likely, genes determine whether someone’s pancreas is hardly enough to produce the extra insulin needed if the person becomes overweight.

Another factor is the distribution of the extra weight.
People with abdominal obesity - excess weight above the hips, (also known as "Apple Shape") are more likely to develop type 2 diabetes than those with extra weight in the hips and thighs (also known as "Pear Shape").

High overweight and elevated blood glucose levels are two components of metabolic syndrome, a cluster of findings present in about one out of four Americans that increases the risk of diabetes, as well as the risk of coronary heart disease and stroke.
The solution is simpler then you can think of.
Research show that type 2 diabetes is very sensitive to weight loss and occasionally may disappear when fat people lose weight. Weight loss should be achieved through a combination of increased physical activity and reduced calorie intake.
In 2002, the Diabetes Prevention Program study showed that people who followed a low-calorie, low-fat diet, exercised 30 minutes a day, and lost an average of 15 lbs. were much less likely to develop type 2 diabetes.

Return from Obesity and Diabetes to Diabetes Articles